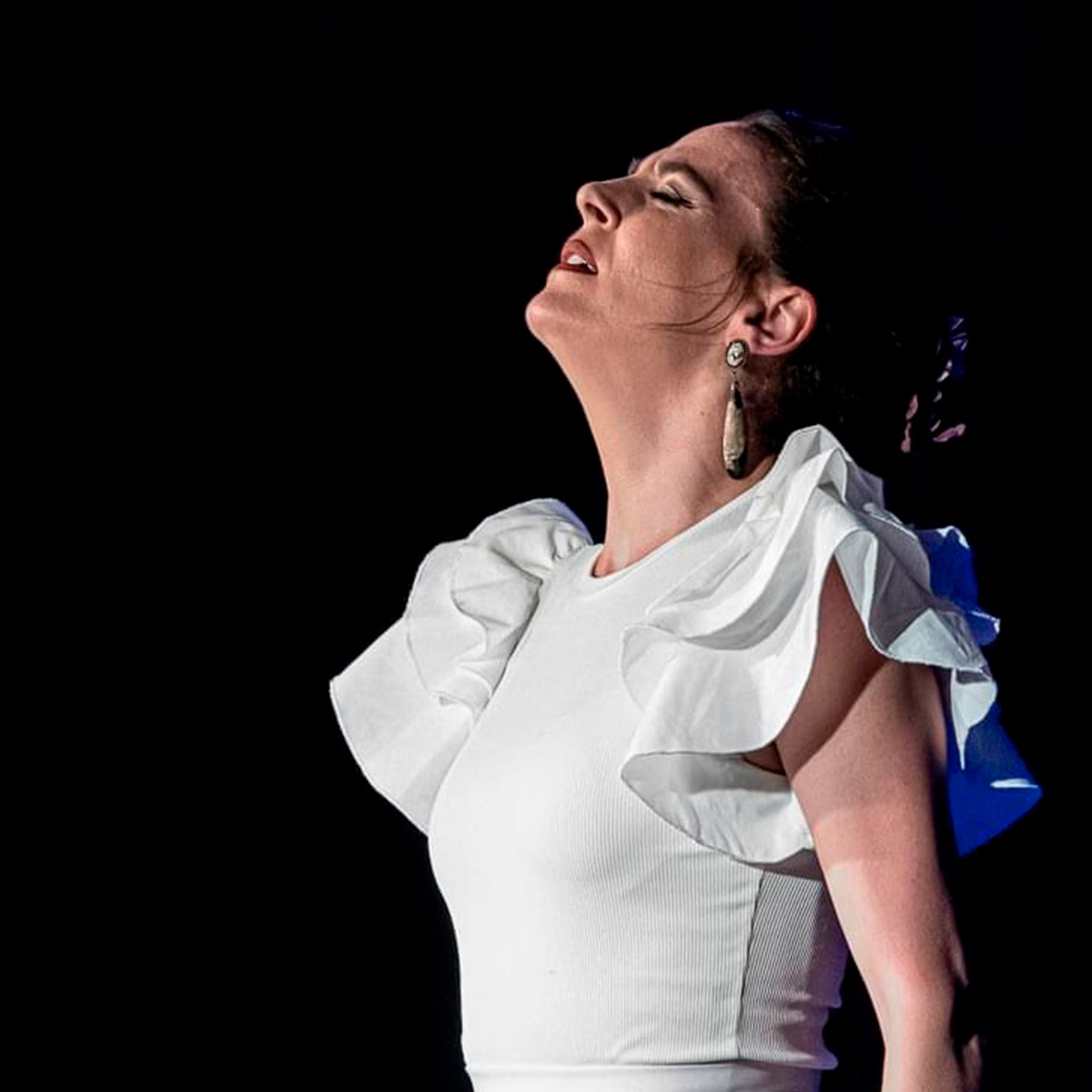 She started dancing at the age of 10 in various academies in El Campo de Gibraltar, until she moved to Granada at the age of 17, where she continued her training with Luis de Luis and Estela Arauzo. A year later, she moved to Seville, where she began to study at the Cristina Heeren Flamenco Art Foundation with teachers such as Milagros Mengíbar, Rafael Campallo and Carmen Ledesma. For two years, she was awarded a scholarship by the aforementioned foundation and worked as a monitor.

There are numerous awards that endorse her career as, the prize of the Ronda contest “Aniya la gitana” in 2007, the award of young flamenco of the Federation of Flamenco Entities of Seville in 2009, and the “Trofeo El Desplante” at the 51st Flamenco Dance Contest of La Union in 2011, in all of them she obtains the first place.

In June 2011, she participates in the First Tokyo Flamenco Festival, sharing the stage with artists such as Farruquito, La Moneta, Olga Pericet or Enrique El Extremeño. In 2012, she presents her first production, “Un Granito de Arena”, in the company room, within the framework of the Jerez Festival.

Finally, it is worth mentioning her new show “La Vida, La Carne y La Tierra” (Life, Flesh and Earth) premiered at the Teatro Cánovas in Málaga, as part of the “Flamenco Viene del Sur” circuit.

Access our booking platform and purchase tickets for our show.

Designed with care by INNN